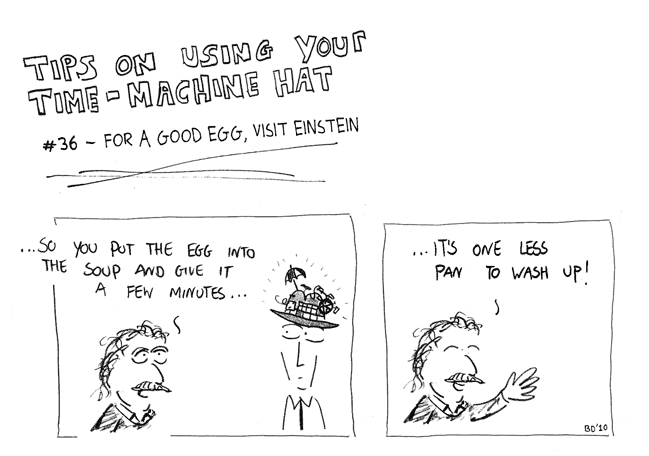 “Special relativity? Tsssh, ask me about that refrigerator i invented…”

'Tips on using your time-machine hat…'

Man, that last update was FILLED with subtle Einstein facts. Not only were you told how he cooked his eggs, and the fact that he invented a refrigerator (see alt-text), but i also added SUBLIMINAL FACTS. See the way i had him using his left hand to indicate that he was LEFT-HANDED? Or the way he was badly drawn to tell you that he MARRIED HIS COUSIN?
That’s how detailed my doodles are.

Hell, the hat even works.