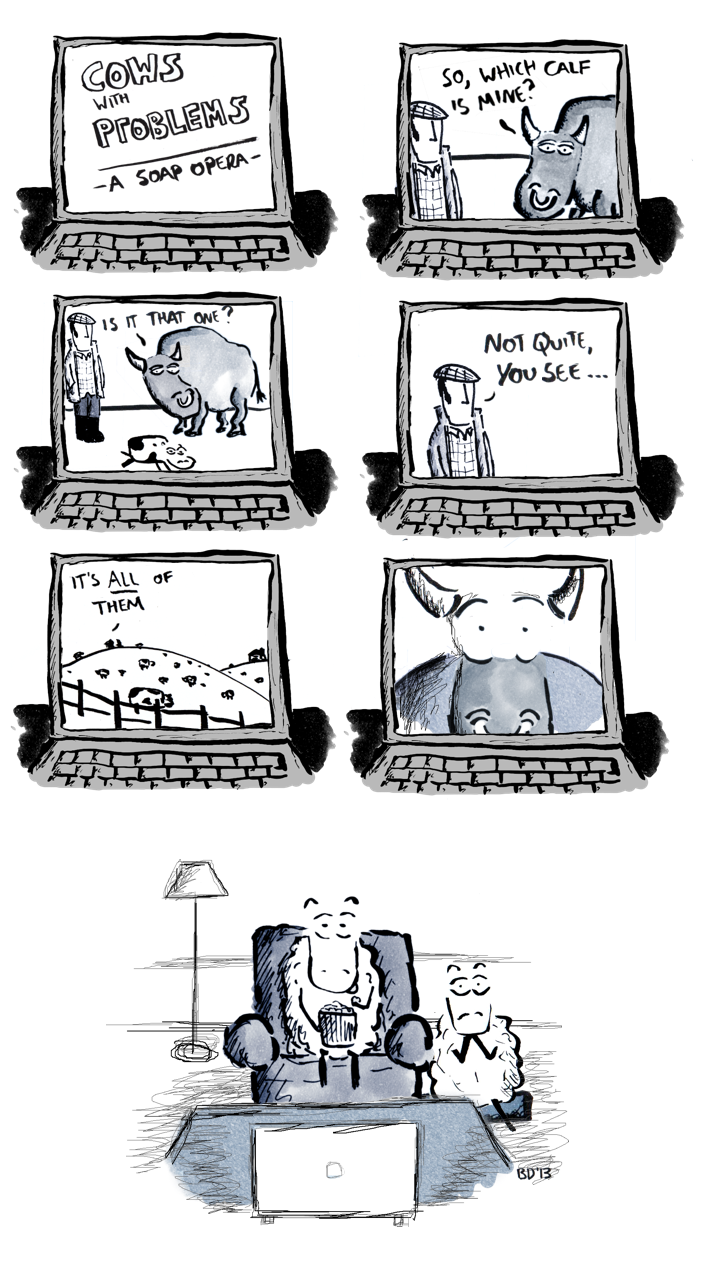 WOAH. I mean, say whaaaat. Did he just say. OMG.

You know, this isn’t the first time cows have had problems. In fact cows seem to get it in the neck pretty often on this site…